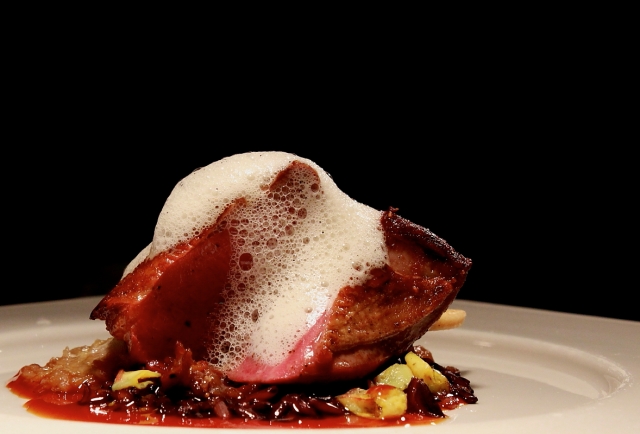 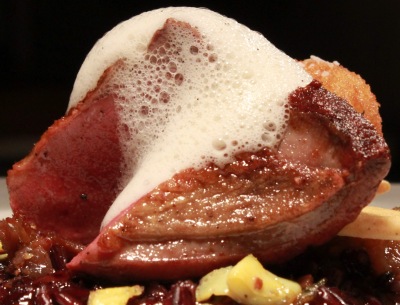 In small Swiss villages throughout the Canton of Valais generations have been passed a recipe for a pie that includes Alpine bacon, leeks, onions, pears, apples, local melty raclette, and potatoes baked together in a golden pastry. History suggests that this savory pastry was conceived in the mid 1800’s due to a cholera outbreak when many did not venture into the streets, but instead ate what they had. I would be satisfied today if my pantry was stocked with these house cured / grown / raised simple luxuries, and in two weeks time will be  feasting on their version of this with a glass of chilled Fendant.
I am continually fascinated with gastronomy, and how certain events have come to shape a cuisine of a particular region, and influence tradition.
With our basic need for survival, our minds, and our ability to adapt;
something as haunting as this epidemic can pass
and a pie is what remains. 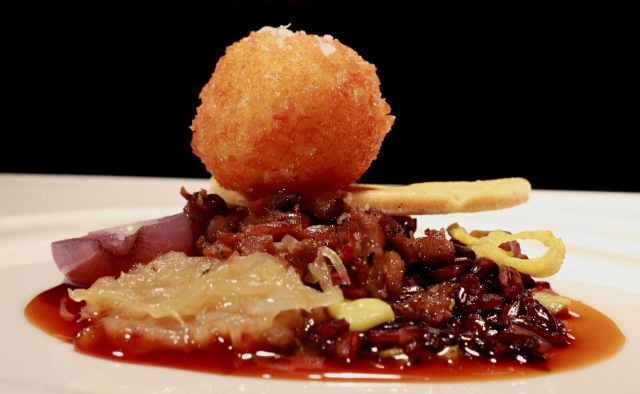 Obviously some substitutions have been used to create my version of this tart. Forbidden fried rice with its sesame smokiness is loosely spooned on the fig gastrique and crispy squab leg is sprinkled on melted onions and a fig pear chutney. These are all forming a base for vanilla pate brisee and the crispy warm melting cheese fondant. 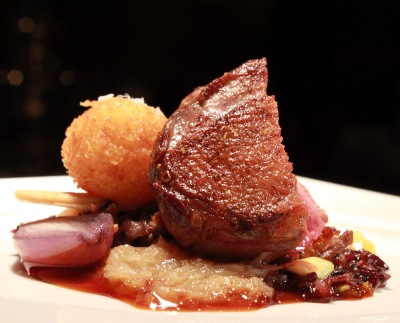 When placing the roasted sliced breast of squab a top this loosely structured tart and spooning on some vanilla froth I sometimes think about the sacrifices people endure to sustain themselves and the amazing flavors that are created. 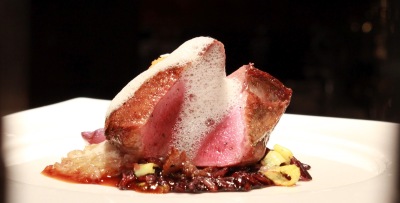